Droddy & Roddy are two quizzical alien robot siblings impressed with humankind's current degree of technological advancement. So, they’re doing research and inventory of human creations. Droddy, the older brother, has to leave their spacecraft and complete missions that require him to scan objects in earthling environments. Roddy will keep watch from the ship and update all scanned information in their tablet. He’ll make sure that Droddy memorizes all itemized objects before the end of the mission so he can return to the spaceship.

Droddy’s and Broddy’s goal is simple: to learn everything they can about our planet earth,  and all the amazing things that you can find here. The characters are a sort of vehicles for children to learn a new  language, while rediscovering their planet. So we set out to create the look of this world, a world that had to look as familiar as possible, while bringing something new to the table. Coming up with a distinct style and design for the game was key. Not only did we look for a fresh contemporary take on the graphics but we also wanted them to be as easier to read as possible. Children had to be able to easily recognize every element, animal or object. This quickly turn into a signature characteristic of the gameplay, as in order to complete each level, children are asked to identify  each element just by their silhouette.

As we began developing this game, the client came up with the perfect word to describe his goals with the project “Edu-tainment”. We were set to create a game which fused both educational and entertainment values, a fun learning experience aim to teach children about different languages. This word became our motto, and as we move forward with the project we had to constantly remind ourselves about the core values behind the project.  The final product is an entertaining journey for children who want to visit familiar places, like the zoo, a supermarket or school, along with their new alien friends Droddy and Broddy, while also getting a chance to learn how to name all the different elements in a new language.

This project is supported by: 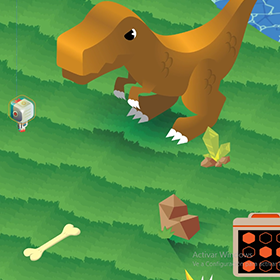 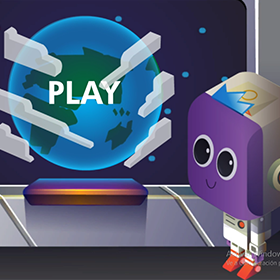 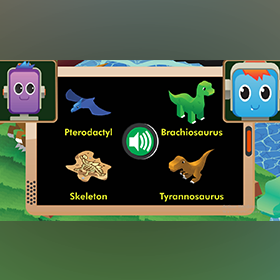 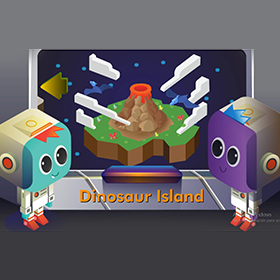